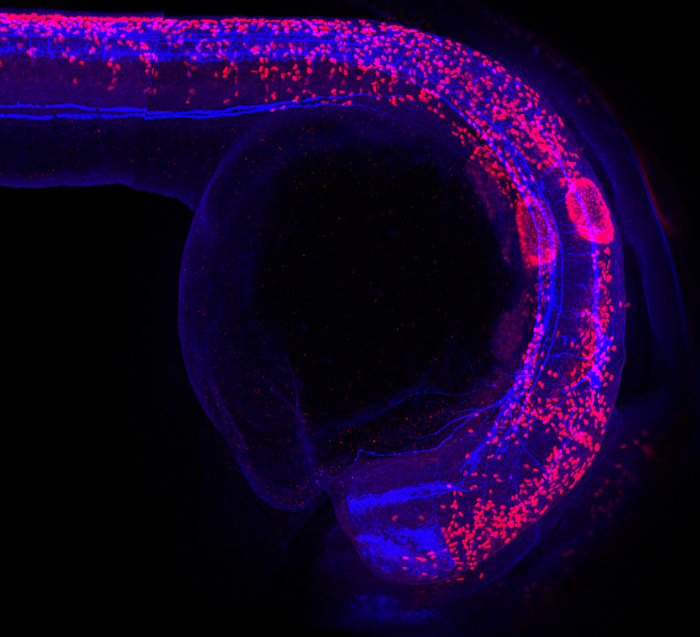 A Centre for Biomodeling of Pathological Processes

WCRC for Personalized Medicine is working on the project to establish a Centre for Biomodeling of Pathological Processes in rodents and Danio rerio using genome editing technologies.

Modern personalized medicine implies the use of new methods of molecular genetics, ‘omics data ("big data"), methods of editing the genome and transcriptome, proteome and lipidome, which determine a personalized patient approach.

The existing methods of genetic editing in model animals can help provide a detailed study of systemic disorders in the human body. The development of genetic technologies for medicine contributes to solving socially significant problems associated with the development of pandemics, infections, an increased number of patients with genetically determined diseases, as well as with the spread of age-associated diseases. Modern methods of gene editing make it possible to successfully manage pathological processes in cancer, autoimmune and other diseases.

A major task of the project and the Research Laboratory of Neurogenesis and Neurodegenerative Diseases is to study the mechanisms underlying the development of the nervous system and its conditions. New transgenic zebrafish lines of Danio rerio have already been produced for the project.

It is known that neurodegenerative diseases, including the most common Alzheimer's disease and Parkinson's disease, are incurable diseases resulting in a progressive loss of neurons responsible for cognitive and motor abilities. Neurons do not divide to form new neurons, and the possibility of neuronal recovery in case of loss is the goal of research in many modern international laboratories. Among the issues addressed by the project are – how to influence the preservation of neurons in neurological diseases and where to find a new source of cells for neuronal restoration. To achieve these ambitious goals, the zebrafish (Danio rerio) was used as a model system.

It represents a convenient research model species suitable for genetic manipulation, gene / genome editing, as well as cell and tissue transplantation. Moreover, zebrafish is widely used to test drugs that affect neuronal vitality and preservation of cognitive functions. The transgenic Danio rerio lines will be used in the experiments on genetic labeling of embryonic stem cells to search for cell populations that differentiate into certain types of neurons for their subsequent use as cell material in neurological conditions. In addition, the CRISPR / Cas9 technology will be used in zebrafish to edit genes involved in the development of neurodegeneration. These experiments using the latest genetic technologies will allow not only to understand the mechanisms of pathogenesis of neurodegenerative diseases, but also to develop cell therapy for restoring the pool of lost neurons in humans.